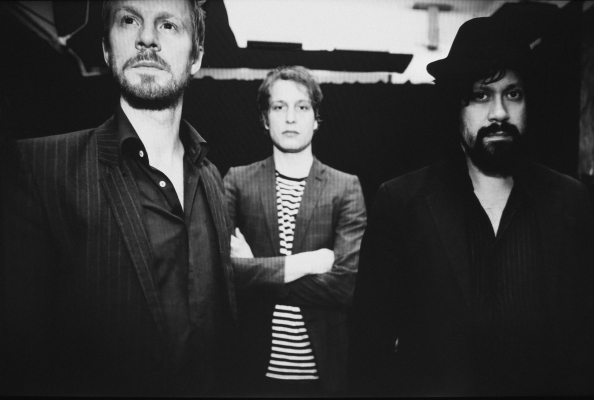 Centimeter is armed with a charisma and a haunting grace that should bring the audience to a frenzy. They are a well-kept secret, constantly working on perfecting their melancholic and hook-laden rock, inspired by such disparate acts like David Bowie, Mötley Crüe and Depeche Mode.

The first line-up of Centimeter featured the internationally acclaimed Andreas Kleerup on drums and the late DJ Fanatic on turntables, churning out beats with lyrics in their native tongue. The new line up started to take shape in 2004 with Johan Landin (vocals and guitars), Lasse Forsberg (guitars), Henrik Holmlund (drums) and Jeff Salomonsson (bass). The debut EP ”Nästan som på riktigt” arrived in 2003, featuring the singles ”Om 1000 år” and ”Så som vi är”. The band proceeded to tour and picked up quite a buzz in Stockholm before the quartet made it’s studio debut with 2006’s self-released Mellanrum, a delicate affair with its impeccable merging of melancholy and agony.

The sessions leading up to the new album ”70” proved to be the most daring and dedicated yet. Soon enough they started to record under the guidance of producer Christoffer Roth from the avant garde trio Kriget. A bold but fortunate move. The perfect match between the two is audible in the first single Motorhead.